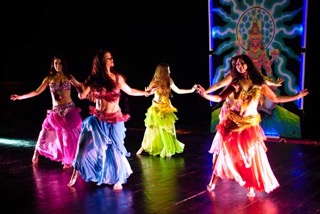 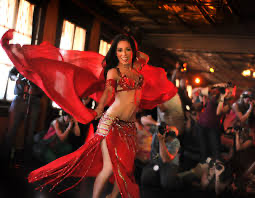 The performance dance form known in the West as the Belly Dance, is based on one of the social dances native to the Middle East. In Palestine, this social dance is called Raks Baladi, and is performed by people of all ages and both sexes during festive occasions such as weddings and other social gatherings for fun and celebration. It is the theatricalized version, performed by male (such as Jim Boz and Tito) and female (such as Morocco and Belly Dance Superstars) professional dancers and called Raks Sharki in Arabic, that is most popular in America today.

In its native lands boys and girls learn the dance from an early age. As with all social dances, it is learned informally through observation and imitation of their elders during family and community celebrations, as well as during informal gatherings with friends. Today, Middle Eastern dance classes are offered throughout the world, and skilled dancers are able to share their knowledge of the dance during studio classes and workshops.

The exact origin of this dance form is actively debated among dance enthusiasts, especially given the limited academic research on the topic. Much of the research in this area has been done by dancers attempting to understand their dance’s origins. However, the often overlooked fact that most dancing in the Middle East occurs in the social context rather than the more visible and glamorous context of the professional nightclub dancers, has led to an overall misunderstanding of the dance’s true nature and has given rise to many conflicting theories about its origins. Because this dance is a fusion of many dance styles, it undoubtedly has many different origins — many of them in ethnic folk dances. 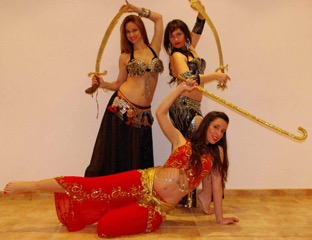 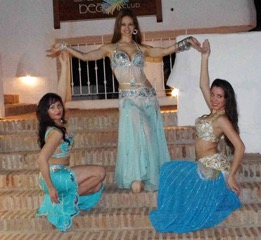